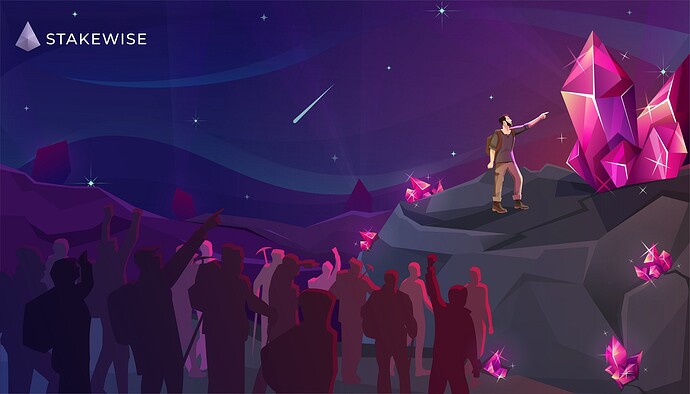 As $SWISE was being listed on 1inch, it was necessary to find a good amount of $SWISE to seed the pool and offer sufficient incentives to attract deep liquidity. In the interest of time, the StakeWise team decided to allocate 1.45% (1.25% + 0.20%) of the $SWISE supply, or 14,500,000 $SWISE, from the Future Funding reserve previously earmarked for fundraising in the next rounds.

The team is now committed to replenishing the Future Fund with 12,500,000 $SWISE from the team’s token allocation, once a portion of it becomes unlocked in October (and thereafter follows a 42-month linear release schedule).

As for the other 2,000,000 $SWISE tokens that were used for the $SWISE / $1INCH farming incentives, we would like to propose to the DAO the idea of reimbursing the Future Fund with immediate effect using the community’s token allocation.

Deciding on this matter is akin to deciding on a retroactive airdrop to the LPs, hence the rest of this proposal will focus on the rationale for offering liquidity mining incentives to the $SWISE / $1INCH Pool.

If you’re new to the idea of liquidity pools and farming $1inch and $SWISE via liquidity mining, check out our Medium blogpost to learn more.

The one stone that can kill two birds is allocating token incentives to the providers of liquidity for the token. In case of the $SWISE / $1INCH liquidity pool, this would mean incentivizing LPs with $SWISE.

Here are the advantages of doing it:

The flywheel effect that is created by incentivizing LPs with $SWISE should support the price both during the launch and for the foreseeable future.

Depending on the consequent market dynamics, the incentives for this liquidity pool could be adjusted upwards or downwards. The team would expect these incentives to be phased out over time, in favour of incentivizing $SWISE use elsewhere. 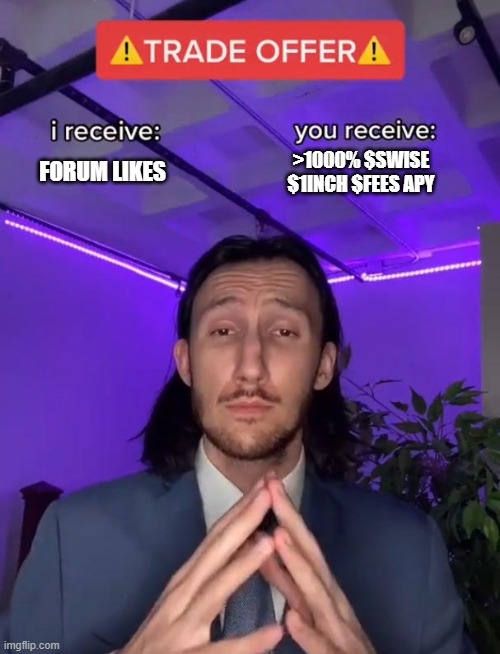 What are your thoughts about this, our newly christened DAO members?

Hey, can you explain the motivation to have a 1inch/swise pool anyway? how does it contribute? Why not focus on ETH/Swise or SETH2/ETH or SETH2/Swise pools?

I’m in favor of this. Count this as a yay vote.

I guess the reason for choosing 1INCH is at least in part because 1INCH offers exceptional technology for their pools. Stuff like impermanent loss avoidance through spread surplus. It’s a good choice.

I support this proposal, I think it makes sense

Agree with this approach. Necessary to give an outlet for those who want to trade their SWISE sooner rather than later (not WISE in my opinion but to each his own) and to hold value for those who see ongoing value in the DAO. If we didn’t do this people would (did) set up their own pools without as much thought and consideration of the value of the token and the community.

I am in support of this proposal.

You have my vote. Stakwise to the moon

I Support the proposal.

I also vote yes for this. As uncertain as crypto is, going in with a team like this is downright comforting. One note re. “abrupt ending of incentives” : I do hope there is some kind of way for you to inform the community should this happen. Have you thought of a plan of action?

Supported! Me too! Did it for the first time as a learning experience. Probably will wait until I have more capital for the next time I do this due to transaction costs.