As @cryptochrome suggested, I am writing to help jump start some ideas for increasing awareness of Stakewise.

I would be interested to know how did you find out about Stakewise?

Also would be interested in hearing some ideas on how to increase socialization? Perhaps a little “tweet” button that’s made available which allows you to share on Twitter / other social media to say “I just staked with #stakewise”?

Or if we do LP / Farming - something along the lines of “I’m farming away with $SWISE - #stakewise”?

I do believe that Stakewise is the superior product when it comes to staking ETH. How can we let the ETH Ecosystem learn about it?

Thoughts? Ideas? Comments? At this stage, no idea is a bad idea - I would love to hear them all…

I found Stakewise when I was actively researching ETH staking platforms. I was looking for one to stake my own ETH. During my research, I stumbeled acroos a blog post that described ETH staking in general but also went into dual-token architecture. Turned out the blog post was from StakeWise and it appeared on multiple sites: 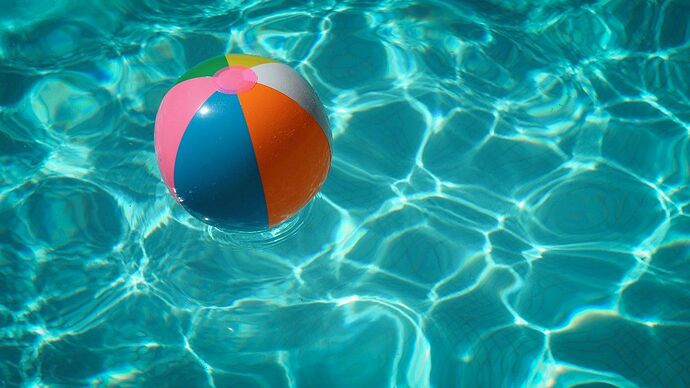 Understanding Staking Pools is super important. Staking on Ethereum is the most interesting development of 2021. Every staking pool works differently and here we explain how.

and of course on the StakeWise blog:

I was immediately hooked, because the article didn’t really shill the project but rather went into the technical details, had a fair comparison of other providers and explained the dual token architecture - which got me hooked.

To get to your question on how to spread the word:

I think it needs more than just the community’s involvement. The SW community is still comparatively small and there is only so much reach that we have as a whole. I think we would also need to spend some money on real marketing, hire a marketing expert and do stuff like ad campaigns, promoted tweets, promoted Reddit posts and stuff like that. That’s something the DAO should decide and vote on (e. g. are we willing to provide a budget for this).

Outside of that as well, every personal tweet, blog post, word of mouth etc. counts. Maybe we can incentivize the community somehow to spread the word. Referral programs, gamification (earn 20 SWISE for a tweet that gets 5 retweets, stuff like that).

I often scroll the newsfeeds in Coinbase, and stakewise popped up as “newsworthy” article. I can’t remember which it was, but it drug me into their awesome site to further dive into more info.

I was also searching for staking solutions, and Stakewise won me over with the ability to trade the stake if need be. I also liked the ability to be an early mover on the platform.

I would agree with @cryptochrome in that we need to put funds towards a full time marketing person etc. I also agree that some incentives could be put out there for members to help get word out, as well as, reward them for those efforts.

I found StakeWise while searching for how i can stake my Etherium.
Found StakeWise on https://ethereum.org/en/eth2/staking/#stake -> https://beaconcha.in/stakingServices and the name StakeWise sounded pretty interesting.

Really new into crypto so i didn’t really care that much about current features and whats planned.
What i wanted to see how active the team is and how “legit” it seems.

Now im starting to read more into how everything works and im getting more confident in everything crypto related.

Having a full time marketing person would probably be a great idea? A lot of new people are buying ETH everyday, so having a userfriendly website and a marketing guy to advertise it, could get a lot more traffic onto StakeWise

I also found stakewise while seaching for staking ETH. I found it on ethereum.org which directed me to https://beaconcha.in/stakingServices and stakewise had the easiest UI so I chose them.

After being locked out of Staking on Coinbase and Binance US I searched “best place to stake ethereum” and this page was the first result. Stakewise was super easy to hop into and a lower fee than Kraken. Kraken also offers no way for US residents to get out of the staking before the transition is complete.

I hope someone can come up with something that removes the need to do two ETH transfers, one to the wallet and another to Stakewise. It would be great if there was some way to send directly to you guys and you deposit the sETH into our wallet in return.

Found it on reddit trying to find a solution where I could start staking now and would allow for liquidity with my ETH before 1.5. So far I’ve been very impressed.

I found it on twitter! the airdrop was being advertised by some account, and i followed and found the project really cool, read the docs and I’m pretty sold on it vs other similar staking pools. I like it (:

I found stakwise on reddit and went for it the platform is so user friendly and effortless. Once I found I started going in the chat rooms and the devs really sold it for me how helpful everyone was. Couldn’t be happier with my decoction. Thanks stakwise

I being completely new to crypto in Dec/20 I had come across the info of Ethereum launching into V2 at some point and that the beginnings to that were in staking platforms. I researched directly on the Ethereum.org site that had staking options listed. I examined each that attracted me with the limited knowledge I had. I liked the idea of the pool tokens that added the dynamic of still being able to LP the locked ETH and also that there was a no minimum. After having launched a couple of the staking options in their own Discord channels I felt myself feeling most comfortable and getting questions answered easiest and quickest with the Stakewise Team. I am very glad I mad eth choice to stake with this group and plan to remain a long time holder of governance tokes and to participate in the DAO structure as it evolves.