From the conversations we had with the different wallets & protocols in the past weeks, it became clear that one of the major features of StakeWise - the deposit queue - is a hurdle to integrating our services into other applications. Hence, in this proposal we will outline the case for removing the activation queue to simplify the integration of the protocol’s liquid ETH2 staking pool into more applications and grow TVL, and commit to replacing this mechanism with another way of compensating existing stakers for the dilution in APR they experience during a wave of new deposits.

One of the most important features of StakeWise is the internal activation queue. Introduced to maintain the highest possible APY among all the staking protocols, it protects StakeWise users from dilution in earnings by postponing the moment that staking rewards are shared with new protocol participants. Large deposits and deposits that push the share of activating validators in StakeWise above 5% of the total are placed in the activation queue, whereby such new users manually claim their tokens (and start earning staking rewards) only once the newly created validators have been activated in the Beacon Chain. While it is relatively little known, this feature has been responsible for the consistently high APR offered by our platform. 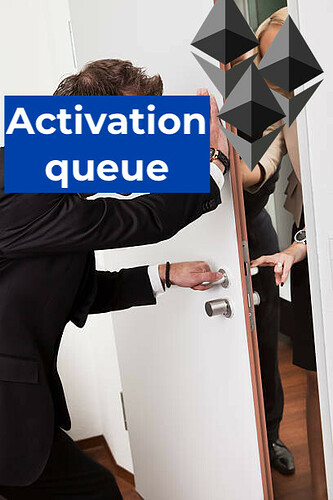 Despite the advantage that the activation queue allows us to hold, it ends up as a disadvantage when it comes to integrations with wallets and protocols that can feed us new ETH. From what we learned in our conversations, wallets find creating the user flow & UI around the activation queue cumbersome and unintuitive, and think that some users would be confused as to why they are not receiving the staking rewards immediately. It slows down the integration process, as implementing the activation queue requires several extra steps, and breaks the logic for the protocols like Yearn where users expect to be able to pull funds at any time. With the activation queue in place, they wouldn’t be able to do so if sETH2 has not been activated by the time they want to pull the money out, creating a problem.

In response to these concerns, the core contributor team has identified a simple but potentially far-reaching fix: to remove the activation queue for deposits altogether, and find an alternative solution to the problem of APR dilution.

The idea of removing the activation queue was received very positively by the prospective partners, dramatically simplifying the integration process on their end.

With this in mind, the key benefit of removing the queue would be 1) the ease of integrating StakeWise into one’s application, and 2) the associated TVL growth that positively impacts the Treasury.

Modify the Pool contract so as to remove the activation queue.

The main risk related to implementing this proposal is the dilution of staking APY for the existing stakers and loss of StakeWise’s competitive advantage over the other ETH2 staking protocols. This phenomenon can be described as “Suffering from success”. 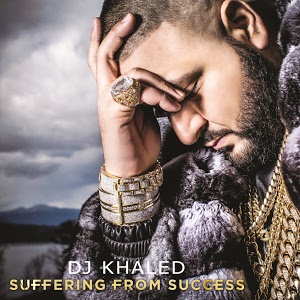 In order to deal with the dilution of APR without an activation queue and hence mitigate the risk of dilution after the Merge, we may try utilizing the existing funds in the DAO Treasury (±152 rETH2 or the massive amount of SWISE) to compensate the existing stakers for the number of days of APR dilution. This would be relatively cheap for the protocol, but requires some dev work.

Alternatively, the DAO may decide to just wait out the negative effect of this phenomenon on the APR until the moment that the TVL is large enough to not be affected by even the largest of new deposits. There seems to be little opposition to the dilution of APR during the growth phases within competing protocols, and maybe the StakeWise DAO has changed its opinion on the subject - this proposal gives the opportunity to share your thoughts on this!

Finally, The DAO is also likely to gauge the expected dilution by making predictions about how much new ETH could enter the protocol based on the amount of ETH kept by the partner’s users, and prepare announcements for stakers to avoid any negative surprises. A clear communication strategy around the reasons for the dilution and the expected APR dynamics could help soften the frustration that stakers feel about the drop in APR.

Should the StakeWise DAO remove the activation queue?

What do you think, fellow DAO members? Should we remove the activation queue and simplify the integration process, or do we believe that the moments of APR dilution we could experience as stakers are not worth the potential increase in TVL? Please share your thoughts and comments below after / before you have voted.

I’m all for this. Admittedly while I may not have as much staking as others here’s where I see the benefits are:

1 - Integration - as @kiriyha mentioned, we will be able to have cleaner integrations with other protocols. Users can pull funds at any times.

2 - Agreeing with the post - I would expect to see TVL grow as a result - which would bring value to the StakeWise protocol as a whole.

We have enjoyed a consistently higher APR offered by the platform and this is in part to the “activation queue” feature.

To add onto the proposal, I would suggest to the DAO to wait out the negative effect of the phenomenon on the APR until the TVL is large enough.

The question may become - should we put some controls in place so that if for some reason the TVL doesn’t increase by a certain time, then look at potentially having the dev team then code something up?

I would propose to the DAO to have a “wait and see” approach. Let’s give the “no activation queue” concept a trial run for 6 months. If we find we have issues with the APR over this time frame, then we can revisit the idea of some sort of remuneration if need be.

(yes the nicer version of KISS).

So, I propose to amend Kiri’s initial proposal to:

I support the proposal in principle. One observation is that, if we remove the activation queue, we need to be slicker at approving additional validators, whether from Stakewise Labs or third parties. By the time the last lot of 200 validators were approved and the necessary transactions completed, there was around 3500 ETH waiting to be submitted to the beacon chain activation contract, which resulted in a drop in APY of ~0.5%. This should be something within our control.

This is not just an important proposal but an absolutely mission critical one if we want to grow the TVL!

Deposits will start ramping up hardcore when people realize how profitable ETH staking is.

If TVL doesn’t grow and it continues to hamper the platform, revisit this topic in August 2022.

I expect it to grow (and I know you do as well), but this is good, I think re-visiting this topic is a good idea, as eventually the rate of growth of TVL should calm down a bit compared to what I expect to be that hardcore rush-to-deposit your ETH period post-merge.

I agree with @brianchilders and @dreth to re-visit this sometime down the road. I support this proposal.

I saw someone from T-Systems join our Discord Feb 11th. Agree, we could come up with a mechanism to create validator keys at a quick turn around.

Since most of current and new capital will look for the compounding yield provided by sETH2/ETH Uniswap pool, we can increase monthly SWISE allocation to that pool not only to maintain a competitive yield buy also to compensate for the dilution of losing the activation queue.

There are pros and cons to this, but the upsides outweigh the downsides in my opinion.

I agree with this proposal, and like @dreth said, this is mission critical to growing the Stakewise TVL.

There’s some really great points here in the discussion. I agree with the idea of coming back and revisiting Nov 2022 / Feb 2023 and I support @brianchilders revisions.

Building off of @amphoria’s thoughts, I think we have room to grow on the automation side here. While it’s not an immediate issue, it is something I think we can work to clean up. Maybe this is worth looking into if we were to remove the queue.

On a final note, great idea @mohikander, I support increasing the monthly SWISE allocation to compensate for a drop in staking APR as well.